Four birthdays, a wedding, and a funeral. 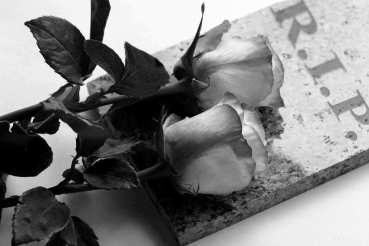 For the second year in a row, July comes in at my worst performing month spending-wise. The birthday celebrations and weddings always seem to hit this month hard, not to add the very sad passing of my girlfriend’s father.

My savings rate, excluding investment income, for July was   47.8%. This number has been revised to be inclusive of my pension deductions, based on reader feedback.

For the month, I spent $2459.87, which is quite high by my standards. Ouch! Granted, if I excluded the outlier items such as gifts and charitable contributions, I’d be in the typical range of my spending of below $2000.

Charity ($100.00) – In lieu of flowers for the funeral, I donated to the charity identified by my girlfriend’s family. That brings my total giving for this year to $200.

Dating ($115.93) – I took my girlfriend to a nice dinner at Kinka Izakaya for her birthday. Also spent it on a cheaper lunch and dinner, and TTC Day Pass (we went Dutch). Not represented here is my girlfriend covering an upgrade to see the Georgia O’Keefe exhibit with our free AGO Museum pass and day snacks.

Education ($109.23) – The second month of my Level B improv class at The Second City Toronto. Keeps my brain stimulated.

Entertainment ($31.46) – Again, separating out from dating. This involves a coffee at a movie (ticket was free thanks to SCENE points) and a dinner and a pint with friends.

Food ($310.29) – Don’t know where I went wrong here – I bought way more groceries this month and still wound up over last month’s totals. I think it was due to a lot of fast food on weekends at the hospital.

Gasoline ($103.39) – Did a lot of driving the last few weeks for birthdays and to assist with my girlfriend’s family for the funeral.

Grooming ($26.00) – Haircut. An expense I could live without. Will be investing in a pair of clippers soon.

Not a sizeable jump compared to last month, which I credit to the pullbacks on all major stock indices (Canadian, S&P 500, and International). The strength of the Canadian dollar in particular has affected my returns on my foreign index funds, which is to be expected.

(Revised due to reader feedback)

With my cumulative pension contributions (employer match not included), my net worth is closer to $125,242.08.