But at least it has magic seats. 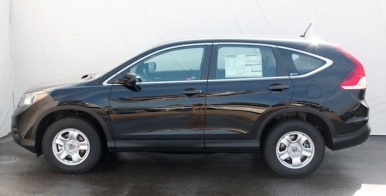 2013. Life was good. I was two years out of my Bachelor’s degree in theatre, employed in a university job and saving money. The savings were pouring in because I was living at home. I had passed the GMAT and had gotten accepted to my school of choice for my MBA. Things were trending up.

The biggest gap in my life? My inability to move around freely. Furthermore, now it was MBA time, so I was going to need to move every 4 months to accommodate my co-op terms. The pieces were falling into place for my first big purchase: it really felt like car time.

In 2013, I knew nothing about cars. All I knew is that there were used ones, expensive ones and really expensive ones. I didn’t really understand what car ownership meant. I remember coming home and pitching to my dad the idea of a 2003 Honda Civic with only 25,000 km for $6,000. It was the vehicle of a classmates’ grandmother who had passed away.

“In my family, we never buy used.” proclaimed my father. He’s a proud man, having immigrated to Canada with nothing but a suitcase and $500 cash. Since then, he’s been a model of what new Canadians are capable of: he’s a Ph.D. holder, works in medicinal chemistry, and buys crap stuff like a good consumer.

“If you buy used, people will think less of you. You need a car that demonstrates success. That demonstrates you are successful.” Once again, he got me. He must be right, right? This is my dad. This is the man who went from immigrant student with nothing to successful Canadian and well-respected professional. Of course he got there because he was really good at demonstrating success. I must have been so stupid to pitch a used car.

So I went back to the drawing board and looked at new cars. There were some neat ones that fit the bill of what I could manage: the Honda Fit, Toyota Corolla, Scion xB hatchback. I came home having walked 45 minutes from the dealer plaza, hands full of brochures and pamphlets.

“No.” my dad said with the wave of his hand. “Let me take you tomorrow and I’ll show you what kind of car you need.”

So I listened to him and I followed. The first stop was the Subaru dealer, where we looked at the Forester. “It has a hump in the back seat floor,” referring to the bump that accommodates an exhaust pipe from the front engine, “People will think less of you for such an inconvenience.”

Damn! My dad was so smart. Of course I might be in a situation with a car full of business professionals and of course the CEO might be sitting in the rear middle seat in discomfort. I should know better! So we promptly crossed the Subaru Forester off the list.

The next stop was the Toyota dealer for the RAV4, which was quickly dismissed because it wasn’t as nice as his original RAV4. “The rear window is smaller and the door opens upwards, not sideways anymore! Garbage!” he cried. Off the list it went.

Finally, we trekked to the Honda dealer and looked at the CRV. The base model came with tons of amenities not featured in the other SUVs, such as heated front seats, rear back-up camera, Bluetooth, USB port, not one, but two charging ports, heated side-mirrors, and “magic” seats, which basically are the back seats that can flip down with the yank of a lever (here’s a hilarious video with 80s synth music that demonstrates). They are, frankly, quite un-magical.

“This is the car for you,” my father said, beaming with pride. I nodded quietly: it seemed so pristine, in all black paint, and man oh man, those features! I asked the dealer about financing before my dad quickly interjected: “We don’t finance in this family. You must pay cash.”

This is where I got antsy. I was about to do an MBA on my own dime. I started to think about all those hours at Blockbuster and when I worked for a year making $10/hour at my crappy job in Alberta. Still, my dad’s success made me feel that this was a necessary step to become successful – because this is what “adulting” is supposed to be like, right? Buying nice things and flashing them around?

I closed the deal at $30,900 cash, using my own savings and inheritance from my Godgrandmother for the AWD model with rustproof (because apparently we have “Canadian winters”… again, so stupid). My dad was so proud of me that he bought me Tim Hortons.

I was stupid and insecure and it was all my fault.

In 2013 dollars, I became $30,900 poorer because I didn’t listen to my gut. I was trying to be someone I wasn’t: a guy focused on perceptions and what his father thought of him rather than my true self – a frugal dude.

Since getting the car in 2013, I’ve driven 47,000 km. It certainly helped me pick up and move quickly throughout my degree, but I arguably could have gotten by with a smaller, used vehicle.

It’s important to remind myself that at this time in my life, investments weren’t really a thing for me. All I knew about was a savings account and a checking account. But had I known about the wonderful world of investing, I would’ve instead bought that used Honda Civic for $6,000 and stuck the remaining $24,000 in the market. At 7% year over year returns, I would’ve made an additional $7,400 in investment income – basically enough to buy another used car if I needed to ditch the Civic or 30% of a year’s worth of expenses.

Further, my insurance would’ve been cheaper on a used vehicle.

And, based on my driving habits, maintenance costs would have remained minimal.

And even more money savings would have been generated on the fuel efficiency of a sedan versus an SUV!

It’s always easy to look back in hindsight and say you would have done things differently. We’ve all made mistakes, but it’s how you learn and grow from those mistakes that counts. Whether that’s taking on bad debt, making a poor investment choice, or going forward on a bad purchase.

Do I still own the car today? Yes. Selling it would get me about $15,000 cash minus the selling fees which I’m told is close to $1,200 (insurance cancellation, MTO fees, detailing, etc.). Another used vehicle would still be close to $12,000 after tax, so I could nab maybe $2,800 net if I put forth a concerted effort.

But these days, I’m content living with it. It reminds me of a financial mistake I made that I will never repeat. I now understand that my money is not monopoly money that’s meant to the played with. Rather, it’s meant to work for me in a favourable investment vehicle, not a depreciating one. And that when it comes to major purchasing decisions, I alone should hold the pen, not other people’s perceptions.

But at least I have those magic seats, right?

11 thoughts on “My Biggest Financial Mistake.”