Toronto is a notoriously expensive city. Rents are highest in the country, just after Vancouver. It’s getting so bad, even New Yorkers who move North for a better life are complaining.

Rent payments are almost an afterthought – every month, money gets deducted from my bank account and I’m forced to accept it. Still, when I read in that article that average rents for a one-bedroom condo had soared to over $2200, I gasped at the misfortune of my fellow Torontonians.

So let’s talk about that: what does living in Toronto on a “deal” actually get you. I have a strange feeling some readers will still be appalled based on how much our apartment costs even though my neighbours might consider it a steal. (Note: we moved in fall 2016)

END_OF_DOCUMENT_TOKEN_TO_BE_REPLACED

A first-time cyclist in the big city. 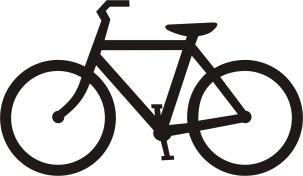 Biking. That thing that some people take up naturally, zipping through city streets with confidence and efficiency. It’s one of those things a lot of frugal folk can’t help but extoll the virtues of, Mr. Money Moustache included with his post of “What Do You Mean ‘You Don’t Have a Bike’“.

END_OF_DOCUMENT_TOKEN_TO_BE_REPLACED

It’s officially been one year since I started blogging here on Stretching My Money. Did I think I’d make it this far? Definitely not. But here I am, one year later!

In that time, I’ve written about many things, ranging from net worth updates, travel, favourite board games, and even our mortality. Who says personal finance blogs can venture into new territory?

In that time, I have personal favourite posts that resonated with many of you, and others that didn’t. But heck – this is my anniversary so I’m going to list my favourite posts from the past year, regardless of the number of views: