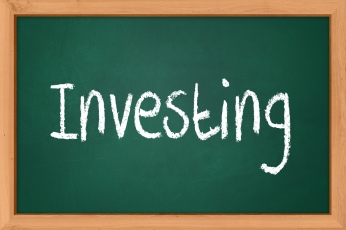 I was talking to my parents and sister the other day about investments casually one weekend afternoon. They remain interested in how I’m doing and financial health is of obvious importance to them for themselves and their children.

“Make sure when you make a good enough gain, you sell it. Otherwise you haven’t made any money,” my mother confidently told me.

My sister agreed: “Yeah, I don’t hold anything really long term. Once I’ve made maybe a few grand, I’ll sell and then just buy it again later.”

At first blush, their strategy makes sense, right? Make your gain official, buy it again, rinse, repeat. But there are obvious problems with this approach, problems that would erode your long term gains.

So let’s talk about that in the context of a fictional case study.

Joe Smith is a regular investor. His personal income is $75,000 a year and he holds shares equally across his tax sheltered and unsheltered accounts. His marginal tax rate on additional income is 29.65%.

Should he want to avoid paying that tax altogether, he’d have to sell another one of his equities at a loss to offset the tax hit.

So now he’s got about $100 less thanks to the brokerage and the tax man. Joe Smith decides he wants to get back in the game, but wants to wait until the stock drops back down $1000. Two scenarios happen: 1) this never happens and Joe lets his cash sit idle going forward because he’s missed out on all those dividend payments, or 2) he decides he’ll go back in at a slightly higher cost, say $12.50 a share. In that intervening time, he’s agreed to make 0% nor collect a single dividend.

Guess what? His lower price never happens. Instead, it rockets higher and higher, then pulls back at $1500 again. He reinvests his $1405.87 (because he’s had to pay $9.99 again too for buying the same stock) and is able to obtain 93 shares. He’s got roughly ~$10.00 left he couldn’t use because it was a strange number of shares.

However, at 93 shares, he’s reduced his dividend yield too. Originally, his holding was paying him 5% at $10 a share. At $15.00 a share, his yield looks more like 3.3% a share. Not only is he taking home less in dividends, he’s just thrown away just under $95 to the tax man and his brokerage betting he could make a gain.

Does this actually happen?

Yes – my sister confirmed to me that all of her cumulative gains for one stock over the years were erased when she reinvested and the stock collapsed. So not only did she have a large capital loss, she also paid the tax man and the brokerage time and time again along the way.

What should Joe Smith have done?

Simply stayed put, especially if the company he invested in was all in all in good shape. Betting on minor fluctuations is a costly and fruitless exercise, which may work on a few occasions, but would likely cripple the average investor over time.

Even better, keep it simpler: dollar-cost average yourself into low-fee index funds and sell only when you actually need the money or want to rebalance.